You are here: Blog / General / Where Do We Go From Here? Reflections on Dr. Martin Luther King’s final book with Dr. Drew Hart 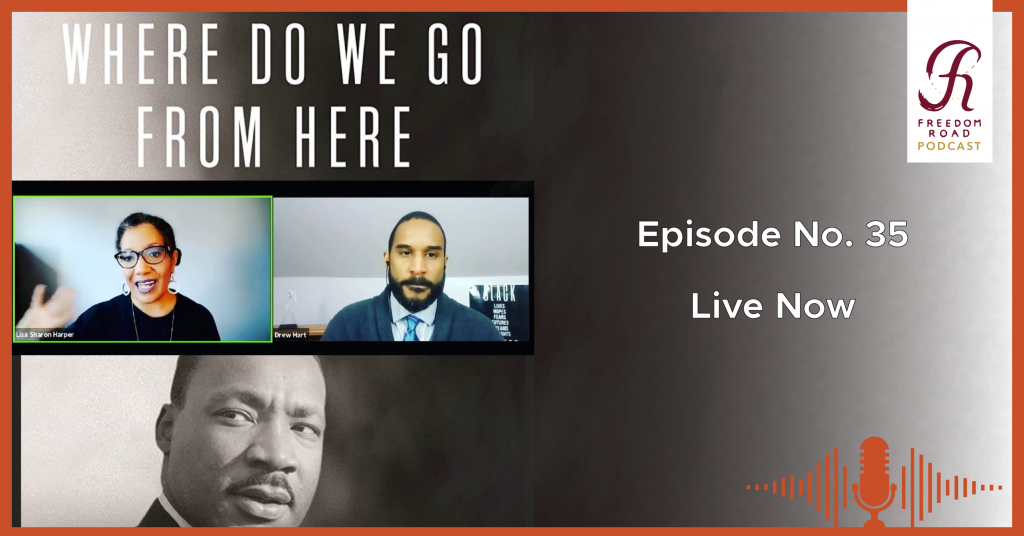 The world recently watched white nationalists scale the walls of the US Capitol Building to attempt an insurrection; killing 6 people, including 3 police officers. The world watched as 147 GOP members of Congress affirmed the lie that fueled the insurrection. The world watched as scores of GOP Senators voted not to even hear the evidence against the one man most responsible for the violence and the lies. Where do we go from here?

Writing months before his passing, Rev. Dr. Martin Luther King, Jr tells us exactly what happened on January 6, 2021 as he charts the path for America’s reformation. Listen in as host, Lisa Sharon Harper, and guest, Dr. Drew Hart, launch a six-week national study of Dr. King’s book, Where Do We Go From Here: Chaos or Community?, in this special episode of Freedom Road Podcast.

For a deeper dive, join the National Book Study here