You are here: Blog / General / The Poor People’s Campaign 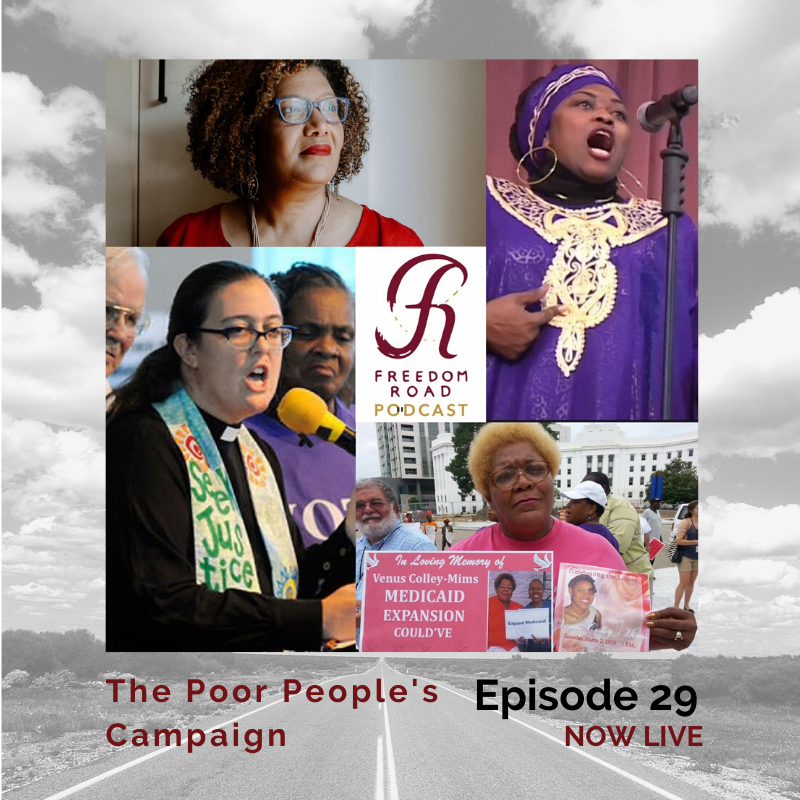 In the context of the most divided nation since the 1960’s millions of Americans came together online for The Mass Poor People’s Assembly and Moral March on Washington. Join host, Lisa Sharon Harper, in conversation with three leading voices of The Poor People’s Campaign: Rev. Liz Theoharis (Co-Chair), Yara Allen (Director of Theomusicology) and Callie Greer (Impacted Anti-Poverty Activist). Three powerful women of the Campaign give us the story behind the story of Poverty in America and the Campaign to end it.
Tweet
Share
Share
0 Shares

This was so much better than I expected on my part. Thanks for the opportunity to be apart of this powerful podcast.. Awesome!

I would love to have the transcript of this episode. Is that possible? Callie said some things that I want to read again and again. Beautiful, heartbreaking podcast. My white privileged self crumbled in a million pieces. Thank you for this. I will try to do my part in this battle.