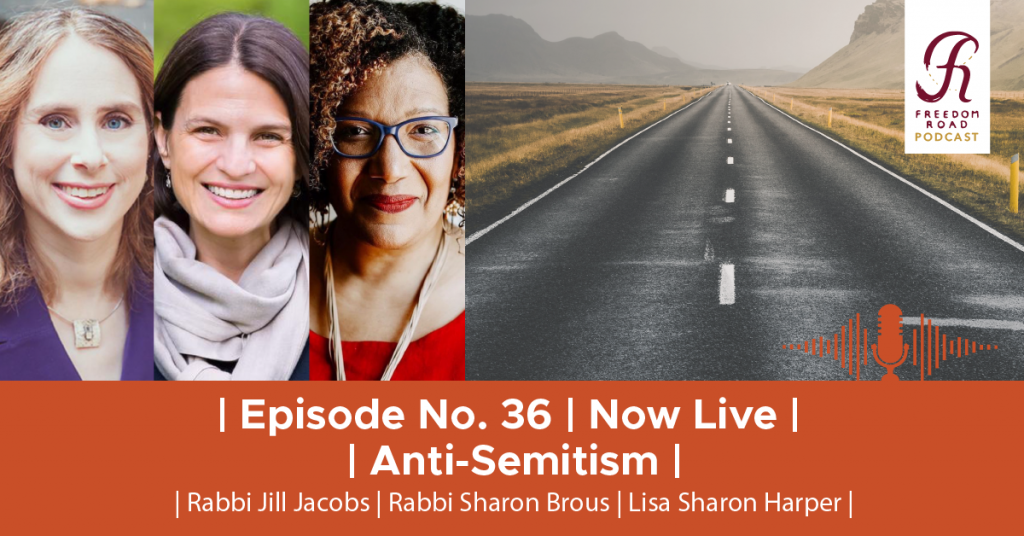 This month marks the 88th Anniversary of the opening of the very first Nazi concentration camp in the small town of Dachau. For five years the neo-Nazi movement in the U.S. gained ground during the 2016 Election cycle and under the Trump administration. On January 6, 2021, when white nationalists attempted an insurrection, Nazi language was scrawled across t-shirts and on banners. Marginalized communities across the country were stunned by what we saw. Given Jews’ serial experience of expulsion and genocide, it is arguable that no group felt more of an existential threat on that day.

Join host, Lisa Sharon Harper and guests, Rabbi Sharon Brous (IKAR) and Rabbi Jill Jacobs (T’ruah) as they engage in this transparent, vulnerable, mind-blowing conversation that leans into critical questions that we all must understand in this current moment: What is anti-Semitism? What are its roots? How do we recognize it when it is in the room? And what can we do about it?

A Short History of the Jewish People
by Raymond P. Scheindlin

This podcast was amazing. I teach Elie Wiesel’s Night and am looking forward to incorporating the history of anti-Semitism and its modern manifestations in my lessons. Thank you so much for doing this!

Thank you SO much for this amazing interview! My background is as a pentecostal who did a Masters in Jewish Studies, worked transcribing Holocaust survivor interviews for Gratz’ Holocaust Oral History Archive for ten years, and did a doctoral dissertation on the new Anti-Semitism, and taught courses on Jewish-Christian Relations and the Holocaust in higher ed. Since the late ’90s I have also been working for racial justice and more recently, welcoming refugees. So in this one conversation you have tied in all that has been so important to my life in the past four decades! Thank you for speaking… Read more »

[…] Click the link below to join Lisa Sharon Harper and guests, Rabbi Sharon Brous (IKAR) and Rabbi Jill Jacobs (T’ruah) as they engage in a transparent, vulnerable, mind-blowing conversation that leans into critical questions that we all must understand in this current moment.https://freedomroad.us/…/anti-semitism-rabbi-sharon…/ […]