You are here: Blog / General / Who will carry the role of the prophet? 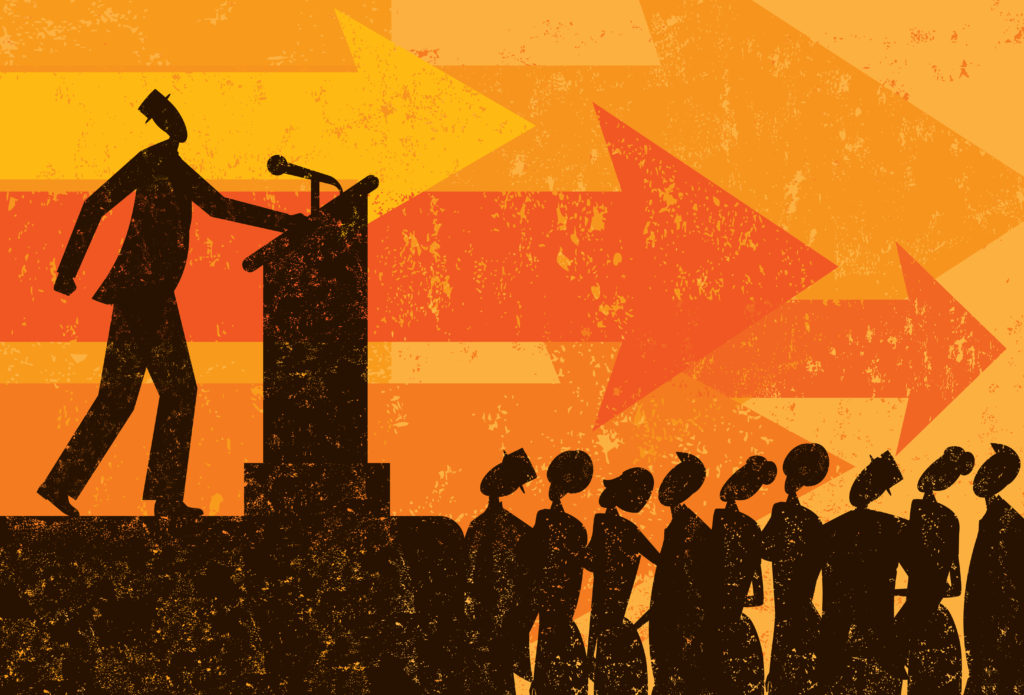 I used to think I was a prophet. Not someone who predicted the future, but as my Christian faith explained it—someone who sees and speaks truth. My mentors and Christian leaders around me affirmed it. Sometimes people would say, “I don’t like that truth,” but no one said, “What you are saying isn’t truth.” My reputation included being too blunt and tactless, and maybe even for some unkind, but people recognized the truth they heard in my words, even if it was a new perspective to them.

When the election of Donald Trump led me to a blazing truth—that the American church is steeped in white supremacy—I was completely befuddled that my friends, family, and church weren’t willing to listen. Of course, no one wanted to be called racist, homophobic or misogynistic. But as they told me how they plugged their noses or voted with queasy stomachs because the Holy Spirit told them DJT was the Church’s only hope, I didn’t call them those things. Instead, I asked one question: “Why did White Evangelicals and Black Evangelicals vote so differently?”

Within weeks of voting third party (in a Blue state, no less), I was dismissed as “lover of Hillary,” “liberal,” “worldly,” and “deceived by the world.” People loved me but could not understand my sorrow or anger. “Read your Bible more. You’ll understand. You’ll see it my way.”

But everything I read in the Bible condemned us even more. Where was the verse saying we needed to command political power? Where was freedom to worship without persecution a promise from God and something to demand? What verse said “American” was more important to my identity than “Christian”? When did my comfort become more important than other people’s safety? How did we justify denying refuge to foreigners, immigrants, and refugees? Who was our neighbor?

And I knew one truth—whether others agreed with me or not—my people had put Trump into office. It was my responsibility to stand in solidarity with everyone who would be harmed by his administration.

I started finding different prophets, which eventually led me to come across Professor Larycia Hawkins. I was thrilled when a documentary, Same God, came out about her journey. Once it was available for streaming, I couldn’t wait to watch it. As different as we are I was surprised at how deeply her story resonated with me.

“Who will teach us now that Larycia is gone?” asks a professor at Wheaton in the film. When Hawkins chose to use her body, actions, and words for the Advent season to stand in solidarity with Muslims facing increasing Islamophobia, she paid a price she wasn’t expecting: she lost her tenured position at Wheaton, sure, but also the trust and respect she thought she had built with the administration.

When she pressed “Post” on a Facebook update in December 2015, she didn’t think about potential cost—she thought about doing the right thing. She knew she was stepping into embodied solidarity, and how could that NOT be the point of Advent when Jesus himself stepped into humanity in solidarity with his people?

Of all the powerful images and discussion that occur in the film, the plaintive question, “Who will teach us now that Larycia is gone?” hangs over me. This was also the question I was asked when I told people I was leaving our church. “But who will challenge the pastors if you are gone? Who will help me see from a different perspective if you aren’t here? Who will teach us?”

The movie takes us through Larycia’s storyline with dates that show how the erasure of trust she’d built as a Christian professor eroded quickly. All of this echoes my own loss, though our timelines and reasons were different.

What eroded the trust I’d spent 44 years building? Was posting about sorrow that Donald Trump had won the election the beginning of erasure, in my value as a Christian leader?

I’d gone to all the services, and done all the right things, in all the right order; I’d attended all the Bible Studies, memorized all the verses, and even taught some of the classes. How did that bank get emptied so quickly?

Maybe it was marching in the first Woman’s March on January 21, 2017. Or was it talking about White supremacy on a “me” personal level and a “we” structural level? Was it marching with Black Lives Matter? Regardless, by the time I asked, “How can we love our LGBTQIA+ siblings better?” I knew I’d lost the ability to be seen and heard.

For Larycia, it was wearing a Hijab and standing by her original statement that the God of Abraham is the Same God that we, Christians, and they, Muslims worship. Hawkins asked us to turn and look, saying, “Here are fellow humans that we must acknowledge are suffering because of our fear and our othering.”

I understand the question of “Who will?” But I also know the answer: another and another. There were many before Professor Larycia Hawkins, and there will be many after who say, “Turn around and behold, our neighbor. Let us love them!”

And when Larycia says, “If the price is to be exiled from Evangelicals, oh well,” I understand that expression and shrug so well. It conveys all the conflicting emotions of sorrow, loss, and resignation with the wonder of this journey outside the bubble. I’m not always as sure that God exists, but I am more confident than ever that love does—and that God is love. I’m less certain about what every Bible verse means, but it compels me more than ever to work towards Shalom for all …to Love God and Love my Neighbor.

Larycia isn’t sure in the movie what comes next. Her set little plan for her career as a college professor with tenure has been disrupted. Future jobs may be scarce or temporary. Who wants to hire a professor known as a troublemaker? Who knows where the film will take her? She has not lost control of her life, but she has reached that moment in deep faith when she, as Barbara Brown Taylor says, lost “the illusion that we were ever in control in the first place.”

How many of us are willing to step into that place of courage? To follow not just the prophets who say, “Look, a neighbor,” but the neighbors who say, “Love me this way.” Are we willing to risk the box that keeps us safe, comfortable, and assured of our salvation and future to enter the unknown and embody solidarity with all humans as Jesus did?

I no longer claim a title as prophet, but I have a message I will say over, and over, and over again. “Behold, a neighbor! Let us go and sit and learn and dream with them!”

Nora Hacker is a writer who loves to read, think, and sometimes write. She is active in her community including her churches and local school district. Hobbies include Jesus, attending marches and rallies with her family, and visiting her local politicians. She lives in Tacoma, Washington with her husband of 22 years and 4 children. She can be found blogging at https://cedarscommentary.wordpress.com/ and is finishing up her first book.

Thank you for these wise thoughts.