You are here: Blog / General / #BlacknessandHistory 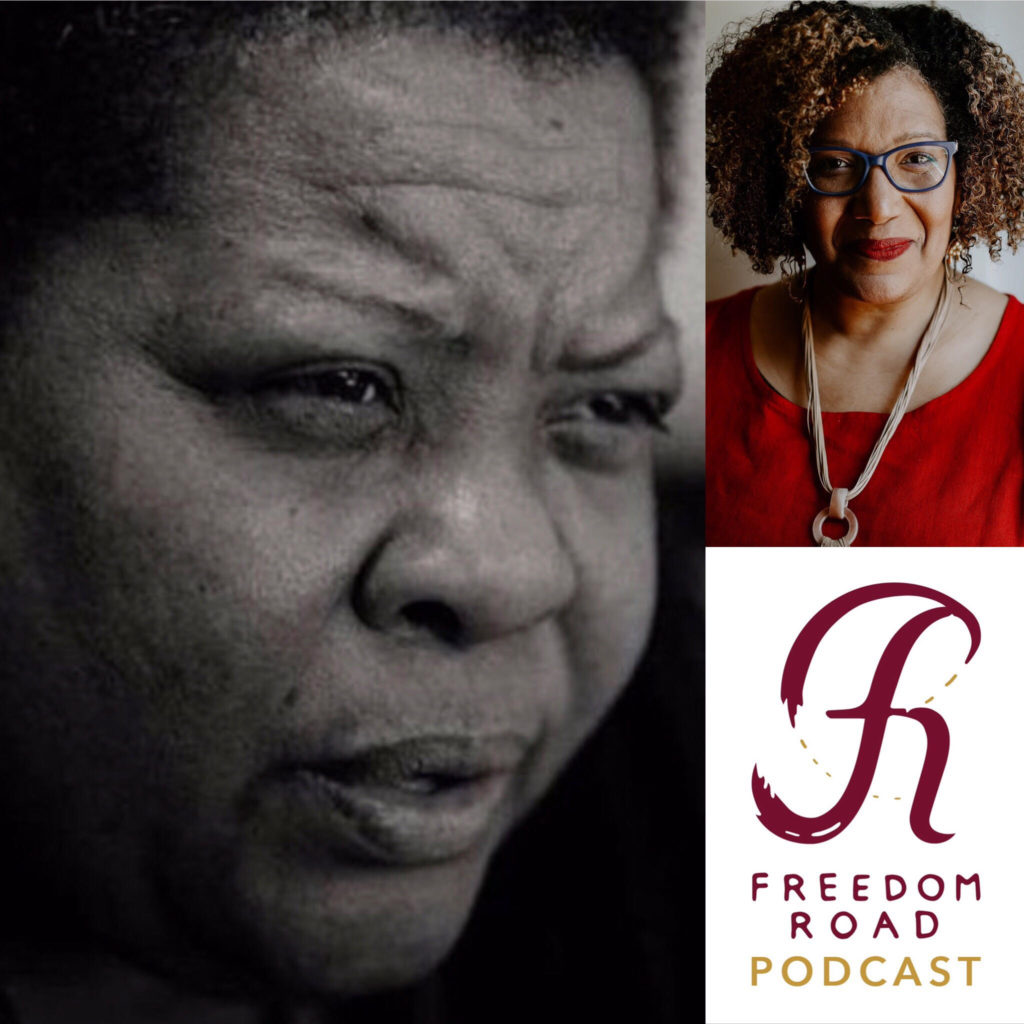 Have you ever had one of those moments when it feels like everyone that experienced it just lived for a split second in another realm? We have. While recording this episode.

More than an interview, this is a transcendent exchange—between an elder and a generation. Listen in as Sales and Harper go in on: Southern Black excellence, intersectional identities, respectability politics, the white imagination of blackness, internalized white patriarchy, beloved community, reparations and humility.

Do not miss this.

Finally, this moment was so special that Harper and Sales kept going for 20 mins after the episode wrapped. We got it on tape! Watch for that bonus episode later this month!

Peek behind the scenes of our #BlacknessandHistory episode with Ruby Sales (SNCC, SpiritHouse Project) with this bonus mini-episode! Listen in as Auntie Ruby and, host, Lisa Sharon Harper, rap the session. Their taped conversation was so electric that it kept going after the mics were turned off–only they weren’t turned off! Sound engineer, David Dault, who also joins the conversation, captured lightening in a bottle.
Tweet
Share75
Share
75 Shares