You are here: Blog / Tips and Tidbits / Creating Sacred Space Through Talking Circles 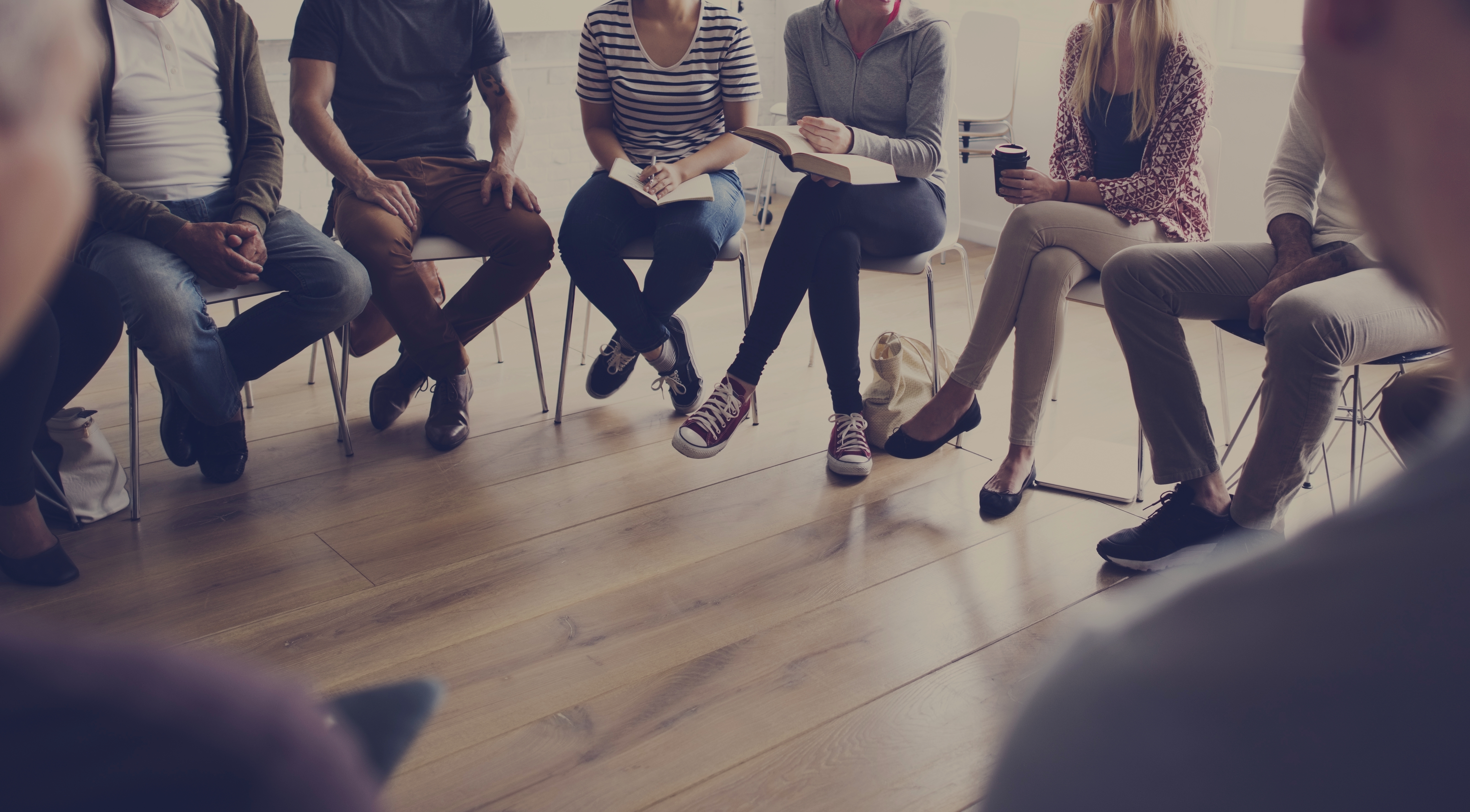 In an age where it seems like polarity is the norm, our society is in desperate need for ways that will help us remain calm in order to listen to one another. Our concern is not a lack of information nor opinion but rather what we lack is the ability to really take time to hear our own humanity and the humanity of others. For such a time as this we need to listen to one another, and we need to listen deeply to one another’s hearts. “Heart Talk” is rare and often difficult. There is no one magical formula nor one enchanted tool that will automatically transform us into the realm of sacred heart talk, but certainly approaching such sacred spaces with humility and openness is a necessary first step.

I am reminded of the Cherokee story of the Stone Monster who was constantly killing and cannibalizing the people. The Cherokee had tried everything, even enlisting the help of Yunwi Tsunsdi—the Little People, but when they aimed at the Stone Monster’s vital organs they could not stop him; their arrows and spears would simply bounce off and he would have his way with the people he sought to kill and eat. The Bird people were watching all this and felt bad for the Cherokee people. They sent the Chickadee, their smallest representative, to help the Cherokees. The Chickadee told the Cherokee people to shoot the monster in the palm of his hand, where he was most vulnerable. As the Stone Monster lifted his arm one of the Cherokees fired an arrow straight to his palm and the Stone Monster fell dead to the ground, where he remains today. From that point on the Chickadee was known as the “truth-teller.” Though he was the smallest of all the birds, he brought a great truth.

Often our humanity is demonstrated by our vulnerability. For us to be vulnerable we need to be able to hear our own hearts and our own stories in a safe space. Others also need that same safe space. In fact, much is revealed about ourselves when we find ourselves in the stories of others. Among our traditional Indigenous people, we know that allowing others to share in such a situation gives dignity to the whole group. Given the great need we are experiencing to go beyond the realm of opinion and binary discourse, and into the truth of our own limitedness as human beings, we must learn to move past superficiality and into spirituality. Love is spiritual.

Perhaps the opposite of love is not hate but rather it is the indifference and superficiality that keeps us and others at a distance. Hate takes a myriad of emotional resources, including passion; the same energy that fuels love. The passion for hate and the passion for love are much closer than we might like to admit. Both take an emotional toll on our being but one takes away, while the other gives back. Superficiality and indifference keep us from being vulnerable and from facing the vulnerability of others. Vulnerability can often simply be admitting that as human beings, we all experience the same limitations and needs. Allowing ourselves to be vulnerable is to declare that we are simply human beings—and being human is the foundation for spirituality.

In this time of confusion and misunderstanding, our Indigenous ancestors offer wisdom that can be helpful in these times. For over 30 years of service among North American Indigenous peoples we have been using an effective tool for hearing people’s hearts. While gathered in small, and even sometimes larger group settings, we share in something called “Talking Circles.” Talking Circles are a sacred space for listening that have been a part of our Indigenous traditions for hundreds, perhaps thousands of years. *

We first got the idea to use Talking Circles as a means for listening to one another back in 1989 at Anadarko, Oklahoma. It was there, while participating in a White Bison (substance abuse recovery) meeting, that we encountered a Talking Circle. At that time, we asked permission from the elder/leader to use this form of listening at other places and we were told, “this good way of speaking is for anyone.” Since that time, we have learned much more about the history of the Talking Circle and have seen it used in good ways, and on a few occasions, perhaps not so good.

As it was told to us, that in the old days among many of the Eastern tribes, such as various Algonquin and Iroquois peoples, everyone would gather in the council house to discuss the business of the community. Certain leaders, similar to today’s Speaker of the House in Congress, maintained order by passing a staff to those who could speak on behalf of their people. Only the person with the staff could speak. Among the Cherokees, and other Iroquoian peoples, it was important to give each person an opportunity to express themselves in such meetings. Some of our Indigenous tribes still practice something similar today. Since few things are more important to a person than being heard, by valuing each person’s voice, dignity was afforded to everyone.

In the spirit of these and perhaps other Indigenous American values, we utilized the Talking Circle as a sacred means to listen to one another’s hearts and to foster respect and dignity among each other. Out of respect for these sacred traditions we have always carried out these Talking Circles, whether at a community meeting, at church, in sobriety meetings or at other type meetings with three things in mind.

When these three guidelines are kept, everything else is simply common sense or about the mechanics of the meeting. Here are a few additional thoughts that may be helpful:

These Talking Circles have been a very effective means for us of getting to know people and situations over the years. Many important, heartfelt words have been spoken and we have often felt we benefitted from being a part of sacred space. The words spoken in Talking Circle are sacred, remembered by those present and by the Creator. If you want to hear the hearts of others and share your own, we say the same to you that was spoken to us so many years ago, “this good way of speaking is for anyone.” Please share in a good way…

Randy & Edith Woodley of Eloheh Village for Indigenous Leadership and Eloheh Farm – Eagle’s Wings Ministry ( www.elohehfarm.com www.eagleswingsministry.com) have been in service among their fellow American Indigenous peoples for over three decades. They are considered elder/wisdom keepers in their own communities.

*A word about cultural appropriation. Talking Circles can be an effective communicative tool for sharing our hearts of which everyone would agree we all need more. Using a North American Indigenous method does not translate to Native American rights or privileges. There are ways to do a Talking Circle that are particular to Indigenous peoples. Please do not attempt to replicate these ways. Use the Talking Circle in your own cultural milieu without appropriating Indigenous culture.

Rev. Dr. Randy Woodley is an activist/scholar, speaker, teacher and Indigenous wisdom keeper who addresses a variety of issues in the church and world. He currently serves as Distinguished Professor of Faith and Culture and Director of Intercultural and Indigenous Studies at George Fox University/Portland Seminary in Portland, Oregon.