You are here: Blog / In the News / Evangelical Women Leaders Break Silence on Gender-based Abuse in the Church and the World 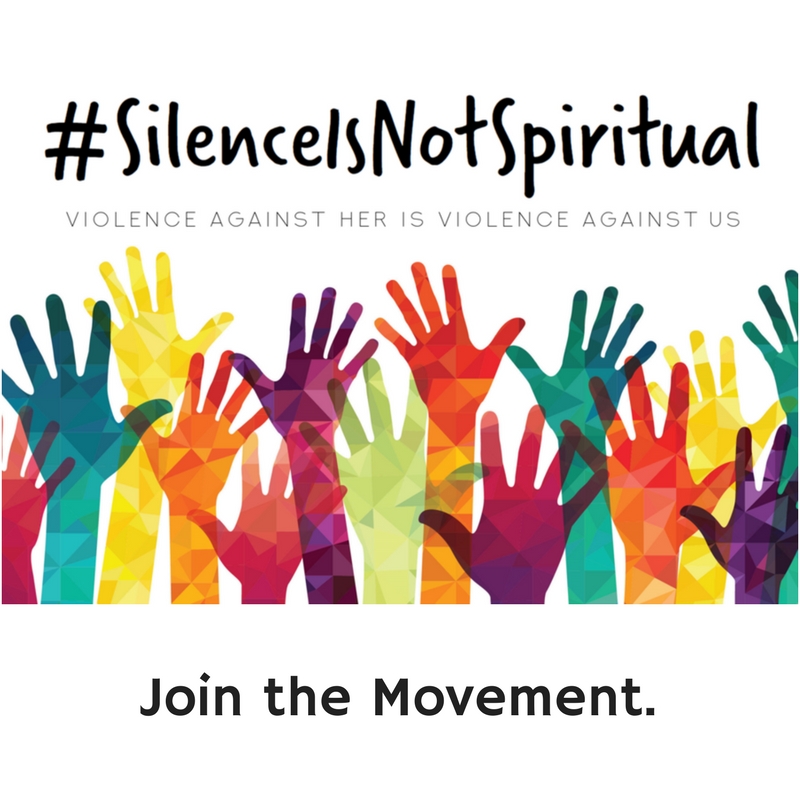 (Washington, D.C) — Nearly 150 Evangelical women leaders across the theological spectrum have signed and released a statement urging church leaders to break their silence on gender-based  abuse and end all forms of its practice in the church.  The #SilenceIsNotSpiritual campaign unites women​ from patriarchal streams of evangelicalism​ with many ​egalitarian evangelical women to join the national conversation on physical and sexual violence against women.  Within two hours of launching the campaign, more than 1,200 people have added their support.  This initiative is convened by the One Million Thumbprints in partnership with Freedom Road, LLC and The Imago Dei Fund.

“As heartbreaking as all of these #MeToo stories are to read, there is something happening beneath the surface of society which is exposing the ugly and harmful underbelly of patriarchy which, like white supremacy, has for too long persisted in our churches invoking “God’s will” to sanction a harmful imbalance of power which says your kind exists to submit and serve my kind,” Emily Neilson Jones, co-founder and president of Imago Dei Fund, said.
“For too long the voices of women and girls who suffer violence have been marginalized, ignored or silenced within the church,” the Statement says.  According to a 2014 LifeWay Research poll of 1,000 Protestant pastors, 74 percent misjudge how prevalent sexual and domestic violence was within their congregations. Although 72 percent of pastors speak out on the issue because they believe sexual and domestic violence is a problem in their local communities, only 25 percent do so because they perceive it to be a problem in their congregations.

“As a minister, psychologist, and survivor, I have experienced the cost of silence and the restoration that is possible when silence is shattered. I signed this statement because while it acknowledges the problem, it also offers the beginning of the solution,” Dr. Thema Bryant-Davis, an ordained elder for the African Methodist Episcopal Church, said. “ It is also important that the church recognize the full diversity of survivors and honor the sacredness and value of each of us. Jesus spoke of the call to set the captives free and gender based violence is a form of bondage that the church should not continue to ignore or perpetuate.”

At the intersection of racial and gender violence, women of color are affected disproportionately.  The statement warns: “43.7 percent of African American/Black women, 37.1 percent of Hispanic/Latina women, and 19.6 percent of Asian and Pacific Islander women have experienced rape, physical violence, and/or stalking by an intimate partner.  Native American women are most likely of all women to experience violence in their lifetime at a rate of 84 percent.  On some reservations Native women are murdered at a rate 10 times the national average.”

“Historians know well, where racism lurks, patriarchy is never far behind,” Lisa Sharon Harper, founder and president of Freedom Road, LLC, said.  “Recently, it has seemed this mighty pair has had a death grip on the evangelical church.

Today, I, a black woman evangelical join hands with a mosaic of powerful evangelical women leaders and influencers across the country and the world. It’s time to shine light on the impacts of patriarchy and abuse inside our churches and in the world.”