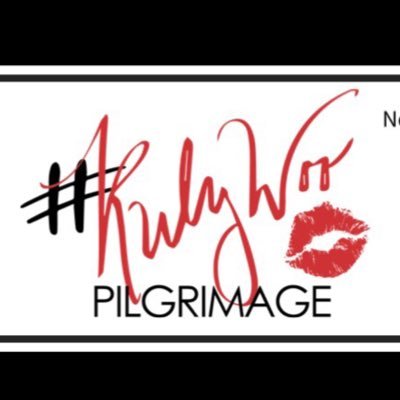 Sitting in the passenger seat of our new station wagon, after Daddy had left and mom needed strength, those words barrel out of her mouth—full voice, perfect pitch: “I am woman. Hear me roar!”

She hadn’t gone to college before marrying my dad. Now she has three young children and is a student at U Penn’s prestigious School of Nursing. She had never owned her own home, but that year she buys a beautiful one. She is only 31 years old.

Helen Reddy’s song joins a strong supportive community of family and friends to offer strength to my mother and to women like her, in fragile and formative of years of my life and in the life of our nation.

My roar is muzzled that night.

I stand in the background, tears running down my face as I sing back up to his lead … as I do for the rest of the school year.

We need to process the ascension of a man who had encouraged his crowd to beat up a black woman, who had bragged that he grabbed women’s “pussies,” and who had been elected the night before to the highest office in our nation.

At one point, one woman shares that she is confused. She feels betrayed. All her life, the evangelical arm of the church told women like her to be chaste, modest, demure, and sexually pure. But those same pastors and Bible study leaders and Deacons were likely the ones that voted for a man who bragged about violating women’s bodies?

“Has anyone heard of Ruby Woo?” Kathy asks.

The cloud erupts with rave reviews about Ruby Woo. Some wear the deep red lip color every time they preach, while others wear the color to make them feel stronger. And the magic of Ruby Woo, it’s reported, is that it looks awe-mazing on any skin tone.

By the end of the day, this ethnically, politically, and geographically diverse set of women leaders, who hail from a religious tradition that typically dissuades women from leadership, finds themselves dreaming of ways they can come together for deeper conversation and fun.

One week later, my own tube of Ruby Woo lipstick comes in the mail. I tweet the picture, along with all the other women now posting pictures of themselves rocking Ruby Woo.

What if this incredible group of women went on a pilgrimage together? What if we board one bus for three whole days? What if we traveled through the intersectional story of all women’s struggles for empowerment in the U.S., while rocking our Ruby Woo?

I put the idea out to the Twitter cloud. And the #RubyWooPilgrimage is born.

Having received permission from M.A.C. to use the name Ruby Woo in the title of our pilgrimage and having received backing from several awesome sponsoring organizations—including World Relief and The Justice Conference, CBE International, Christian Community Development Association (CCDA), The Wesleyan Church and Wesleyan Seminary in Indiana, as well as Compassion International—the #RubyWooPilgrimage rolls out this weekend!

From November 12-16, 2017, thirty-four diverse Christian women from across the political spectrum will board a bus in Syracuse, New York. We will travel to Seneca Falls, to the site of the fabled first suffragist meeting in the United States, before embarking on a bus to New York City. There we will meet with Dr. Ruby Sales, a pillar of the struggle for black freedom in America, and also investigate the struggles of immigrant women in our country. From there, we will travel to Philadelphia, where we will explore how our foremothers allied across justice issues in an effort to form the Philadelphia Women’s Abolitionist Society.

But the journey’s not over yet.

Next, we will travel to Maryland, and we will walk where Harriet Tubman became Moses. Finally, we will take the bus into D.C. to visit the National Museum of African American History, the Japanese World War II Memorial, and the Belmont/Paul Memorial, which honors the women who won the 19th Amendment in 1919.

On Thursday, the final day, these women leaders will march to Capitol Hill to push Congress to honor and protect the dignity and agency of all women.

Pray for us. Pray that God heals us and transforms us.

And pray that, in time, we may hear roars from pulpits across the world…